RFID Cloaked, the company behind the hugely successful RFIDsecur™ Contactless Blocking Card, is launching a Kickstarter campaign for its innovative new RFIDsecur™ Wallet with Active Alert that will keep you safe from RFID identity theft. Following the massive success of its first Kickstarter campaign two years ago, the Exeter-based business is now turning to crowdfunding once more to bring its latest invention to market.

Constructed with a metalized ABS and polycarbonate frame, the intuitively designed Secure Wallet is fit for the 21st century, combining the ultimate in protection technology with beautifully functional design. With optional in-built theft detection, RFIDsecur™ Wallet with Active Alert will light up whenever it comes into contact with a card reader. Requiring no batteries to work, this never before seen technology will alert you to potential criminals trying to access your card data.

This unique wallet will not only protect all of your contactless cards from attack with its RFID-blocking technology, its innovative design also means your payment cards never need leave your wallet to make contactless payments. With two slide out trays, contactless secure payments just became intuitively effortless. Simply slide out your card to make a payment and it will automatically retract, remaining secure in your wallet the whole time.

The RFIDsecur™ Wallet with Active Alert is the brainchild of entrepreneurs Julian Ghail and Reuben Millard who co-founded RFID Cloaked with the goal of improving personal financial and data security.

In 2015, the pair developed an ultra-thin RFID blocking card using a specially created combination of materials that could be used in a wallet or purse, to protect cards against RFID identity theft and unauthorised payments. They have now integrated this technology into their latest proposition: a wallet that utilises innovative design to not only protect your cards at all times, but also make contactless payments effortless.

With contactless card fraud on the rise, so much so that it recently overtook cheque fraud for the first time ever, there has never been more of a need for this product.

Julian Ghail, co-founder of RFID Cloaked, explained: “With the increase of contactless payments and the move towards a cashless society, protecting our bank cards and ID cards has never been more important. We came up with an idea for a unique RFID blocking card in 2015, Reuben and I founded RFID Cloaked and launched a Kickstarter campaign to develop our cards and bring them to market. We were blown away by the interest our crowdfunding campaign generated and we ended up being overfunded by more than 40%. After seeing the huge success of our Kickstarter and the consumer need for this product, the next logical step was to integrate the technology into a wallet of our own. We have been working on this project for a while, developing proof of concept, and we are now ready to turn to the crowd again to bring this wallet to market.”

Reuben Millard, co-founder of RFID Cloaked, added: “We believe our minimalist RFIDsecur™ Wallet with Active Alert is the best on the market for tech-savvy consumers who want to protect their personal data. We have designed the wallet with a purpose: safe and fast contactless payments that are not only fully secure, they are actually easier than standard payments. Our unique slide-out trays mean that paying for anything is a simple one-handed process and your cards never have to leave the protection of your wallet. But the wallet isn’t just functional. We have worked to create a sleek and stylish ergonomic design that is as beautiful as it is effortless to use.”

The RFIDsecur™ Wallet with Active Alert is launching on Kickstarter today. Earlybird pledges will start from £39 for the standard wallet and £49 for the wallet with in-built theft detection. We are aiming to raise £15,000 ($19,000 USD) for tooling and production costs, the Kickstarter campaign ends Thursday 20th December 18:00 UTC. If you’d like to get your very own RFIDsecur™ Wallet with Active Alert then back their Kickstarter campaign, by visiting it here: https://rebrand.ly/RFIDCloaked-KickstarterCampaign

RFID Cloaked: RFID Cloaked is a tech company based in Exeter, Devon, UK. Established in 2015, the company manufactures and supplies RFID blocking cards for ID cards and contactless payment cards. The business also supplies material NFC and electromagnetic shielding film which protects against radio frequencies: such as Bluetooth, WiFi, RFID as well as 3G and 4G mobile phone signals

Reuben Millard: Reuben Millard comes from a design and digital media background and currently works in corporate communications for the public sector.

Which?
Brits lose over £5.6m to contactless card fraud
https://www.which.co.uk/news/2018/02/brits-lose-over-5-6m-to-contactless-card-fraud/

This is Money
Thieves plundering contactless cards at a rate of £27 a minute: How to stop criminals making off with your cash
https://www.thisismoney.co.uk/money/beatthescammers/article-5641861/Thieves-plundering-contactless-cards-rate-27-minute.html

Mail Online
‘Tap-and-go’ bank cards are so very convenient but read how fraudsters can steal your details just by standing close to you — and ask yourself… will you ever use contactless again?
https://www.dailymail.co.uk/news/article-5571407/The-rise-contactless-led-relentless-rise-contactless-fraud.html 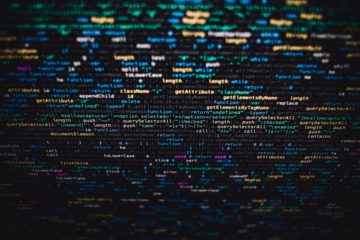 Can someone steal your credit card info from your pocket? 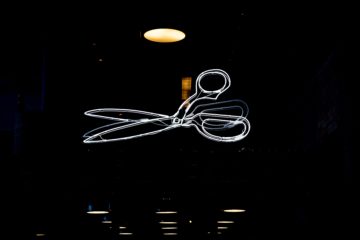 How do you make an RFID blocker?

Want to make a simple RFID blocking case? Wondering how to make an RFID blocker? Use this quick guide!  This case will help you ensure the security of your contactless cards. To prevent the theft Read more… 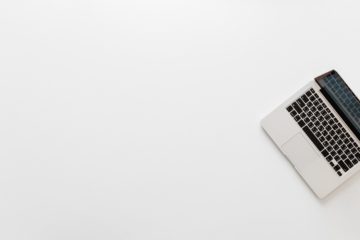